The Laughing Game is a card game designed to create laughter. Each deck contains a collection of Rate cards, Rule cards, and Laugh cards, along with instructions for up to six players. Give it a try. You may simply just burst out laughing. 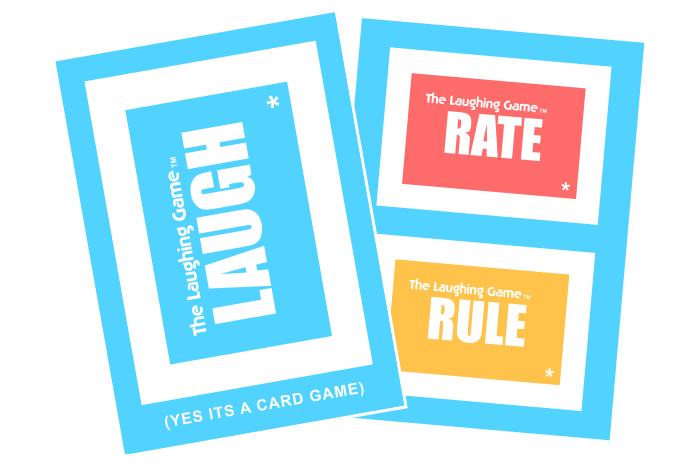 The Series 1 deck comes in a blue box. The cards have a single star in the lower right hand corner on the back. Laugh cards include the initial collection of laughs. Up to six players can play with a single deck. 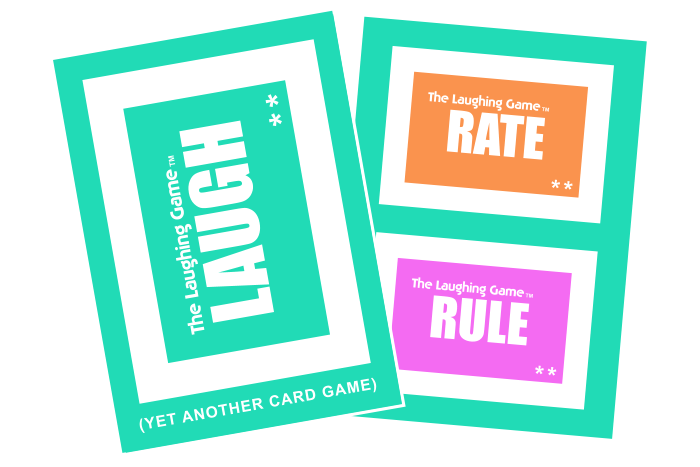 The Series 2 deck includes a different collection of Laugh cards. Series 2 can be played separately, or together with Series 1 as a double deck game for up to 12 players. Series 2 cards are different colors and have two stars on the back. This makes it easy to sort the cards and put them in the correct box. 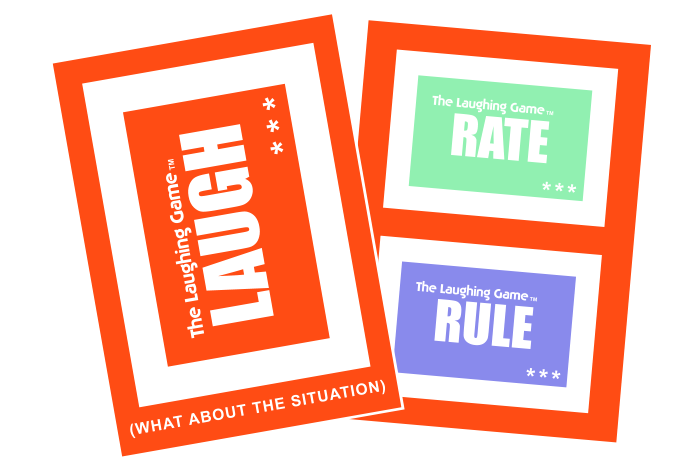